The Top 5 Things Wrong in the WSJ ‘Expose’ of Google

The Top 5 Things Wrong in the WSJ ‘Expose’ of Google

Search engines are among the most important and most mysterious pieces of online infrastructure.

Their role (complex as it is) is to bring some semblance of order to the otherwise chaotic, unimaginably large and constantly shifting corpus of information that is the web, so that when you or I are looking for something online, we can find it.

The exact process and factors that search engines use to accomplish that monumental task are shrouded in secrecy, protected by thousands of patents, and may well be unknowable.

But this combination – the pervasiveness and centrality of search engines to our daily lives mixed with the mystery in how they operate – has fueled feelings of confusion and distrust, not to mention more than a few conspiracy theories (many of which, thankfully, have been debunked).

To be fair, there are real and legitimate concerns about how “big tech” in general – and search engines like Google specifically – wield their vast power to shape our world.

There are legitimate criticisms that many in the SEO industry have leveled at Google, ranging from their proclivity to take content from publishers to their data collection practices and their apparent penchant for favoring their own products/services, among others.

No organization is perfect, and Google is no exception. But none of that justifies the use of shoddy, agenda-driven journalism to propagate a false narrative.

Unfortunately, that is exactly what the Wall Street Journal has done by embracing many discredited conspiracy theories to weave a baseless narrative that the world’s largest search engine, Google, abuses its power for its own nefarious purposes.

Their story (you can read the non-paywalled version here) belongs in the cheap fiction section at the airport, not on the cover of one of the country’s most esteemed news outlets.

In what follows, I’d like to rebut five of the most egregious errors found within the WSJ article; this is certainly not a complete list, but if you’re curious, I did cover all 34 errors here.

And with that, let’s get to it.

Myth 1: ‘Google made algorithmic changes to its search results that favor big businesses over smaller ones.’

This is a dangerous accusation that unfairly calls into question the credibility of both Google and the entire search community. It’s a textbook example of the correlation-causation fallacy.

And, to put it bluntly, there is no evidence offered in the article that Google modifies its algorithm to favor larger companies over smaller ones.

In fact, (and to its credit) Google has been fairly transparent over the years about what it takes to rank well:

Does it just so happen that bigger businesses tend to be better at doing those things than smaller businesses? Sometimes.

In general, larger companies are better at marketing in general than smaller businesses, as they tend to have the resources to make substantial investments in marketing (not just advertising, but in content development, website creation, etc.).

But does any of that entail that Google is “favoring” big businesses?

There are countless examples of small businesses ranking extremely well for high-value queries. The reason for that?

The corollary to this is the sad tale of woe spun around how certain businesses can be materially impacted by changes to Google’s algorithm.

Myth 2: To evaluate its search results, Google employs thousands of low-paid contractors whose purpose the company says is to assess the quality of the algorithms’ rankings. Even so, contractors said Google gave feedback to these workers to convey what is considered to be the correct ranking of results, and they revised their assessments accordingly.

If one were to read that statement without context or knowledge about how Google works and the role Quality Raters (QRs) play, it sounds pretty bad.

Let’s start with the facts:

But what of the claim that Google tells QRs how to rank pages for its own nefarious reasons?

Assume, just for a moment, that it’s true. How do the logistics of that work?

Over the 15-year history of the program, Google has likely employed millions of QRs. The tenure of most QRs is short (the individual included in the WSJ article was there for just 4 months), which limits loyalty and complicates any efforts to interfere.

So, Google is engaged in a vast conspiracy to manipulate the feedback that they are paying hundreds of millions of dollars each year to obtain?

Two problems with that:

Myth 3: ‘…In at least one case made changes on behalf of a major advertiser, eBay Inc., contrary to its public position that it never takes that type of action.’

This claim actually contains three false claims weaved together – so let’s take each in turn.

The first is that Google’s Ads & Organic teams are not independent of one another, which is demonstrably false.

As with many of the claims made by the WSJ, this claim is dangerous to the entire search industry, which has continually battled to dispel the myth that companies can pay for organic rankings (a myth that is often propagated by less-than-reputable companies who take their clients’ money with the promise that they “know someone” at Google who will help).

This isn’t the case. It has never been the case.

Assertions like this one continue to give bad actors in the search industry grounds to prey upon the companies that hire them.

The second is that something improper occurred in the 2014 eBay situation, which is also not true. If you’re curious, you can read about it here.

The third is the fact that this claim – that Google adjusted its search rankings for eBay in order to retain their $30 million in annual ad spend – isn’t really compatible with Myth #2 (that Google pays hundreds of millions of dollars for QRs, only to engage in a massive conspiracy to alter the QRs’ rankings to suit Google’s own, sinister purposes).

After all, if the WSJ is to be believed, Google is simultaneously so flush with cash that it can afford to blow more than $200 million (do the math on the QR program) each year on SERP quality control reports that it ignores and/or manipulates, all while being so desperate for a measly $30 million in advertising revenue from eBay that it would expose it’s entire $900 billion business to massive liability and regulatory scrutiny.

Something doesn’t add up there.

Myth 4: ‘Despite publicly denying doing so, Google keeps blacklists to remove certain sites or prevent others from surfacing in certain types of results.’

This myth relies on a masked man fallacy, where a single term (“blacklists”) is used to describe different things. The more nefarious reading of this comes out of the discredited Project Veritas.

It is true that Google “filters” autocomplete suggestions in accordance with their policies. That’s not new – and the guidelines around it are public.

I have not seen any evidence (including the WSJ’s laughably incomplete analysis of 17 searches conducted over ~31 days) that Google is adjusting those in any way that is in violation of their policy.

The same is true for spam sites not being indexed (nothing new there – been happening since at least 2004). Not to mention that Google is pretty transparent in how manual actions work.

There have been instances where Google has run into issues around indexing, but when that happens, it’s in Google’s best interest to fix the issue quickly.

Myth 5: ‘CRITICISM ALLEGING political bias in Google’s search results has sharpened since the 2016 election…. Over the past year, abortion-rights groups have complained about search results that turned up the websites of what are known as “crisis pregnancy centers,” organizations that counsel women against having abortions, according to people familiar with the matter.’

Google is not biased against conservative media.

My intention in pointing out these errors is not to vilify the WSJ (though they do deserve criticism), but rather to counter the lie that search is “black magic” that is rigged or biased and therefore can’t be trusted.

There is certainly a lot of work left to be done around educating both reporters and the general public about how search engines work – and hopefully pieces like this advance the conversation. 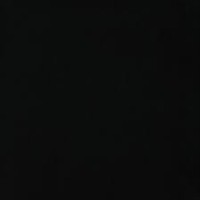